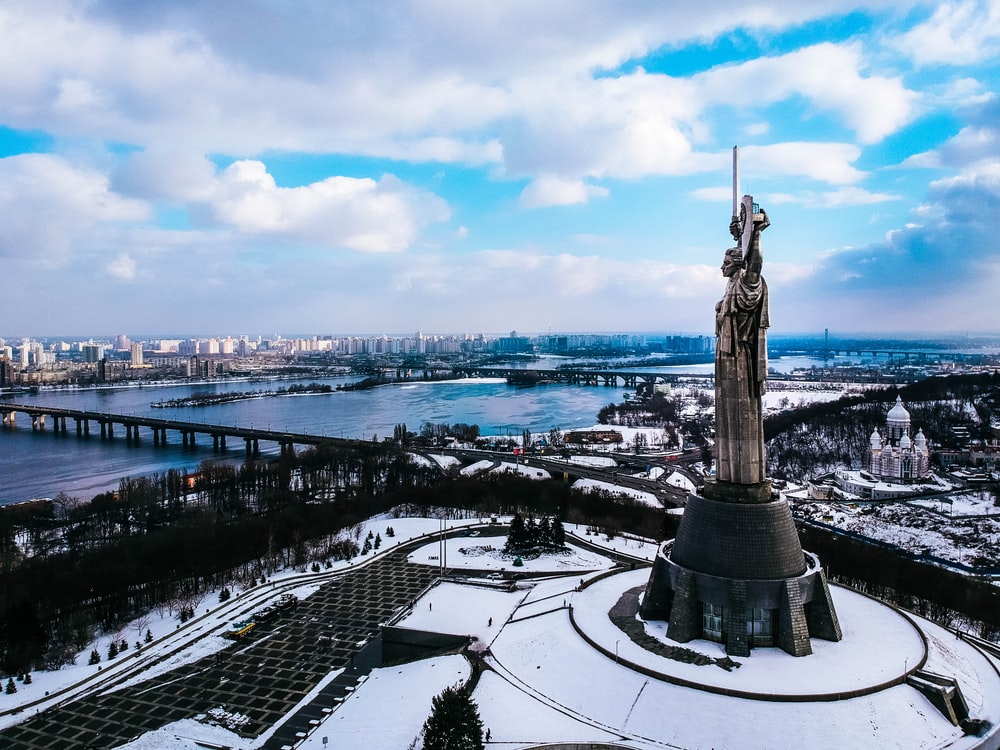 UKRAINE is located in Eastern Europe. It occupies the area of 603,628 km² making it the largest contiguous country on the European continent.

The neighboring countries of Ukraine are Belarus, Russia, Slovakia, Hungary, Romania, Moldova, and Poland. Ukraine is washed by the Black Sea and the Sea of Azov in the south. The country has sea borders with Turkey, Bulgaria, and Georgia. Ukraine is a state with the democratic form of governing, headed by the nation-wide elected president. The Verkhovna Rada (the Ukrainian parliament) is the highest legislative body. It consists of 450 members, elected for 4-term per the proportional majority system. On August 24, 1991, Ukraine declared itself an independent state. To rebuild the country, Ukraine has opened her doors to foreign investors, businessmen, and foremost to tourists. Ukraine has always been hospitable and friendly, always happy to receive foreign businessmen, foreign guests, tourists, and students. The richly talented Ukrainian people have created wonderful architecture, many monuments both secular and religious, dating from 11th to 18th centuries which can be seen in all Ukrainian towns and cities. If you get a chance, visit some of the many historic sites and towns, where numerous treasures will tell you of the great past and traditions. The past is reflected in the architecture and atmosphere of the cities.

Ukraine has a well-developed economy with considerable portions of the agricultural and industrial sectors. Space and rocket engineering, aircraft and shipbuilding, high tech equipment production are among the main branches of the Ukrainian industry. Space and rocket complex of Ukraine has great potential. Ukraine is distinguished by a high-level scientific potential. After Ukraine regained its independence, ideas of national cultural revival stimulated the process of democratization in the cultural sphere, pluralism in a creative a process made cultural life in the regions more active. The broadening of international contacts have become a positive tendency. Ukraine has also a remarkable position in the field of medical sciences all over the world. Medical scientists of Ukraine are very famous and they have contributed a lot in the development of medical sciences in its present form. The cultural life of national minorities in Ukraine – Bulgarian, Greek, Jewish, Crimean Tartar, German, Polish, Russian, Romanian, Hungarian, and dozens of others – is very diversified. A system of national schools, libraries, mass media, scientific centers, radio and television, theatres and creative societies is being developed. Languages of all peoples inhabiting the territory of Ukraine are granted equality on the state level. Today Ukraine is an internationally oriented center of high technology, with speech technology, microelectronics, chips development, media technology, and genetic engineering as outstanding examples. Thanks to international communications and transport systems it is the hub of central Europe.

Ukraine has a well-developed economy with considerable portions of the agricultural and industrial sectors. Space and rocket engineering, aircraft and shipbuilding, high tech equipment production are among the main branches of the Ukrainian industry. Electrical equipment made in Ukraine is highly rated in the world. Power station turbines, transformers, high-voltage instruments are used in many countries. Ukraine is distinguished by a high-level scientific potential. The National Academy of Sciences of Ukraine has won worldwide recognition as a science center of physical studies of materials, in particular, in the sphere of electric welding, special electric metallurgy, synthetic superhard materials and tools made from them. The National Academy of sciences, higher educational institutions of Ukraine maintain broad international contacts. The broadening of international contacts has become a positive tendency. Cooperation with developing countries: Ukraine attaches great importance to the international economic, scientific, medical, and technological cooperation, particularly in the field of sharing the national experience with other countries. First of all, it concerns the training of highly skilled technical and medical personnel for developing countries. A lot of specialists from the developing countries have graduated from the educational institutions of Ukraine. The climate is temperate continental throughout Ukraine. The degree of continentality increases in the direction from the west and north-west to the east and southeast. As continentality grows, summer becomes hotter, and winter gets colder, and rainfall decreases. For the Carpathians is a typical mountain climate. Summer in the whole of Ukraine is warm and long, in the east and south – hot and dry, in the west – warm and humid. Winter is highly dependent on the region. Mild winter is observed in the south and west, the coldest winters are observed in northeastern Ukraine. CULTURE AND LIFESTYLE: Ukrainian people have open-minded. The culture of Ukraine is very much developed and it’s a liberal and secular culture where everyone has the right to live his or her way of life. Ukraine is a free society where people have freedom of speech and expression. Everyone here can practice his or her values, believes, and lifestyle. The government assures human liberty in all its dimensions. One can witness people from different communities living in Ukraine and they all have the right to live with their norms and values. Foreigners and local people can be seen practicing their religious, cultural, and social festivals all around Ukraine. We respect all cultures and we make sure that all people living in Ukraine can live according to their ideology. HUMAN RIGHTS: As an independent state, Ukraine achieved substantial progress in the development of the national system and mechanisms in the sphere of protection of human rights and freedoms. Democratic elections, political pluralism, freedom of speech and mass media, establishing the democratic social state based on the rule of law have become reality. The human being, his or her life, and health, dignity, and safety are recognized in Ukraine as the highest social value. Ukraine became a party to all basic international instruments in the field of human rights. Ukraine has always paid great attention to the United Nations activity in the promotion and protection of human rights. The Ukrainian constitution also guarantees the right of every person to appeal to relevant international institutions and organizations for the protection of his or her rights. Ukrainians openness, accessibility, and efficiency are more than just empty words.

Higher Education for Foreign students: As a foreign student you will discover a region full of surprising contrasts. You will find yourself quickly becoming part of it, especially during the many festivals and the intense cultural life, for which the region is famous. Higher education within the Ukrainian community has always been open to foreign students. Its student body comprised of men and women from all over the world has the invaluable experience of studying together with students from many different natural and cultural backgrounds. The contact with students all over the world broadens understanding of other peoples and provides valuable friendships, some of which last a lifetime. Foreign currencies should only be changed at currency exchanges on the streets or in banks.