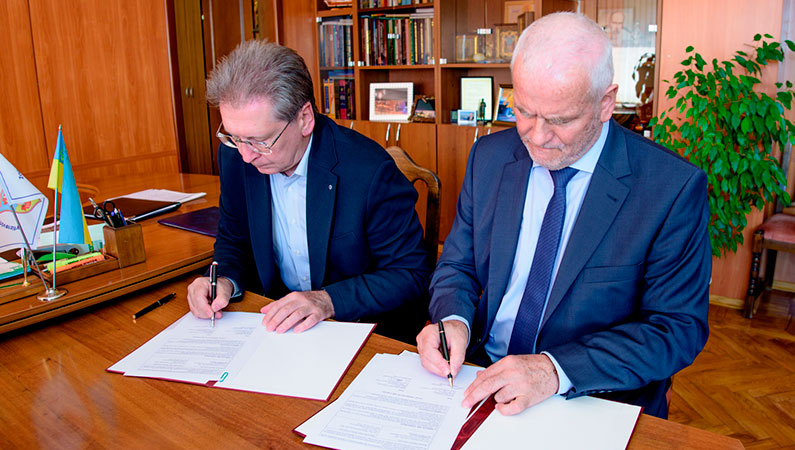 Under the scientific cooperation program between the two institutions ZSMU professors and young scientists visit WMU to participate in different practices, including joint international conferences, symposiums and scientific journals editing.

During the meeting with the WMU Rector, Professor Marek Ziętek, the ZSMU administration discussed the performance of the agreement on cooperation between the universities in 2012-2017 years and signed a new agreement for 2017-2022 years.