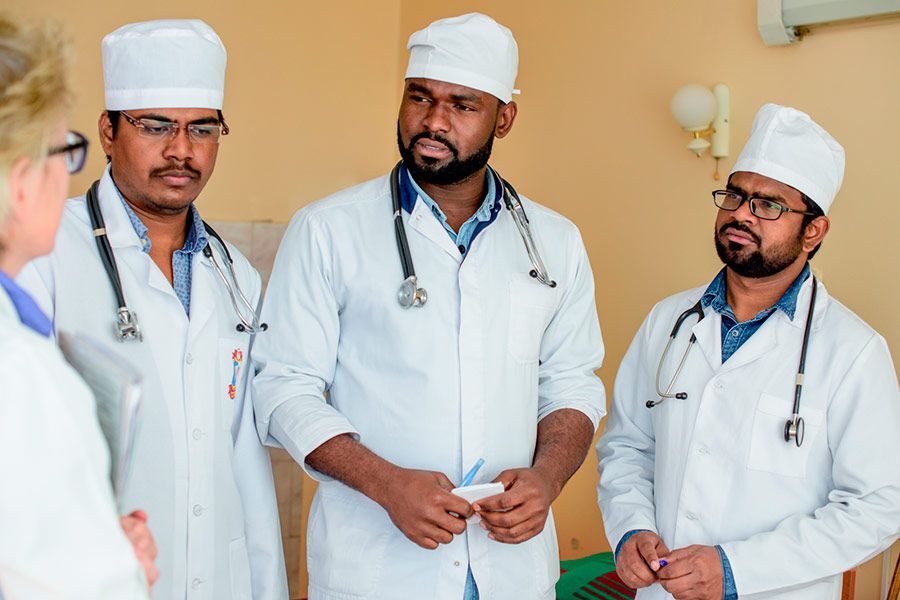 Zaporozhye State Medical University is one of the leading medical universities in Ukraine. It not only fosters great research talent in professors but also in students. Varahabhatla Sai Krishna Raghu Vamsi and his team of 4 other students are a live example. He shows exceptional talent in the field of research with over 40 research papers published in various conferences and journals. He is interested in various spheres of medicine that include transitional neurosciences, Cancer pathogenesis and therapy, Infectious diseases, Internal medicine and Pediatrics.

He published his first article in 2014 titled “Biodiversity of Indian Medicinal Plants” in our university’s Annual scientific conference. In 2015 an article in Biochemistry,6 other articles in 2016 and authored 12 articles in 2017 for our university’s conference. He has also authored several articles along with his research team for various International Conferences and a few of them have been published in prestigious medical journals.

Coexistence of chest tuberculosis and Clostridium Difficale infections in children and items of its control.

-Oxidative stress in patients with newly diagnosed with pulmonary tuberculosis with specific lesions of bronchi. Supervised by Yasinskyi Roman Nikaelovich of Phthisiology of pulmonology department.

-Features of psycoemotional state of students during the session. Supervised by Volkovo Yuliya of Hygiene and ecology department.

-comparative analysis of treatment with thrombolytic therapy in ischemic stroke and without it. Supervised by Marina Sikorskaa of Neurology department.

– Effectiveness of feedback given to the students by their teachers and its impact on their improvement in academic performance which was supervised by Elina Ivanovna of Russian department . This was awarded the best presentation.

-Biochemical changes in patients with newly diagnosed pulmonary tuberculosis in the presence of resistance to anti-TB drugs supervised by Yasinskyi Roman Nikaelovich of Phthisiology and Pulmonology department which was awarded the as Original scientific research award.

-Influence of compliments on academic performance of foreign students in medical universities supervised by Elina Ivanovna of Russian department.

-to study the cognitive disorders in patients of young age suffering from brain stroke supervised by Marina Sikorskaa of Neurology department. It was awarded 2nd place in the Interdisciplinary section.

He is currently working on various other research projects and some of them have already been submitted to conferences like 17th ICYMS (Poznan, Poland), 28th ESC (Berlin, Germany), ESMO 2017 (Madrid, Spain), 26thEADV congress (Sophia, Bulgaria), 12th YES meeting (Porto, Portugal), New methods of diagnosis and treatment in dermatology and cosmetology (Chernivsti, Ukraine).

His team includes dedicated student researchers who have assisted him in various research projects and have represented his work in international conferences. His team members include: